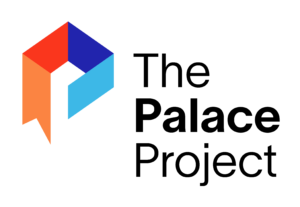 Informed by librarians and supported by a multi-year, multi-million dollar investment from the Knight Foundation, The Palace Project is an easy-to-use platform for the management and delivery of ebooks, audiobooks and other econtent and puts libraries at the center of their communities’ digital experience.

The Palace Project’s open-source system empowers librarians to manage collections, hosting and circulation in a single app, while protecting patron privacy and strengthening libraries’ direct relationships with their patrons. The Palace App, available for iOS and Android, allows libraries to serve all their econtent—from all major vendors including OverDrive, Baker and Taylor, Bibliotheca, and Bibliolabs—to patrons in one easy-to-use interface.

“This community-driven initiative is informed by library values, and ensures an option focused on library needs for maximizing access to econtent offerings for patrons,” commented Michele Kimpton, Senior Director of The Palace Project. “Our main objective is to support the mission of public libraries by increasing equitable access to econtent and carrying the relationship between library and patron into the virtual realm.”

The Palace Project team negotiates directly with publishers to make a variety of unique and flexible licensing models available to libraries via Palace Marketplace, the only nonprofit econtent marketplace. Titles from the five major publishers are offered in the Marketplace, as well as from  Amazon Publishing and hundreds of independent publishers. Flexible licensing terms are available on thousands of Marketplace titles, allowing libraries to maximize their budgets and provide access to a diverse range of content beyond the bestsellers.

A division of LYRASIS, funded by a multi-year, multi-million dollar investment by the Knight Foundation, The Palace Project is committed to building and expanding a digital future for libraries and their patrons, and builds off of a longstanding investment in DPLA’s ebook work by Sloan Foundation. Palace already serves more than 100 libraries, and is currently onboarding libraries in California, Connecticut, Florida, Maryland, New Jersey, Pennsylvania, South Carolina and Washington.

“The pandemic accelerated libraries’ move to digital services to meet people where they are with equitable access to information,” said Alberto Ibargüen, president of the Knight Foundation. “The Palace Project is a transformative opportunity to put librarians back at the center of connecting people to information. Having digital access to knowledge is more important than ever to build informed and engaged communities.”

The Palace Project is a suite of content, services, and tools for the delivery of ebooks, audiobooks, and other digital media to benefit public libraries and their patrons. Funded by a multi-year, multi-million dollar investment from the Knight Foundation, The Palace Project is a division of LYRASIS, working in strategic partnership with Digital Public Library of America (DPLA). DPLA’s ebook work is supported by the John S. and James L. Knight Foundation and the Alfred P. Sloan Foundation.